Research Articles: “How has the presidential election affected young Americans?”

Portions of this announcement have been adapted from this post, by University of Michigan Communications Lead Lauren Love, on the Michigan Medicine Health Lab blog, from February 14, 2018.

Published this month in the academic journal Child and Adolescent Psychiatry and Mental Health, this commentary paper offers insight into the impact of the 2016 U.S. Presidential Election on youth’s social-emotional wellbeing and mental health. The paper is coauthored by three MyVoice team members: Melissa DeJonckheere, Ph.D., postdoctoral research fellow at the University of Michigan Medical School; Tammy Chang, MD, MPH, MS, and Andre Fischer, a senior at the University of Michigan, majoring in business and international relations. 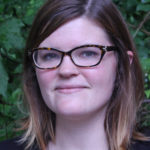 MyVoice survey results revealed that young people — some of whom are not yet of voting age — were dealing with a level of angst caused by the election that has not previously been documented.

Among the other findings:

“I’ve felt shocked and frustrated,” a 20-year-old Asian female wrote. “I’m tired. I’m worried about the availability of options for my future and being discriminated against because of my religion.”

A 16-year-old white male wrote, “I definitely am not as personally targeted as other individuals; however, I still feel quite a lot of fear.”

“What I found most interesting is that young people are reporting signs of distress months after the election,” says DeJonckheere. “So, it’s not specific to just the single event. Political debates and policy shifts are happening every day, so we have to pay closer attention to the long-term impact on youth.”

This is the the first research paper of its kind to specifically focus on the election’s impact on youth. And it’s only the beginning. The team will continue to explore the impact of U.S. politics on youths’ wellbeing as well young people’s response to their political stressors and today’s political climate.

You can find the full-text paper online, open access, here and the University of Michigan press release for the research here.