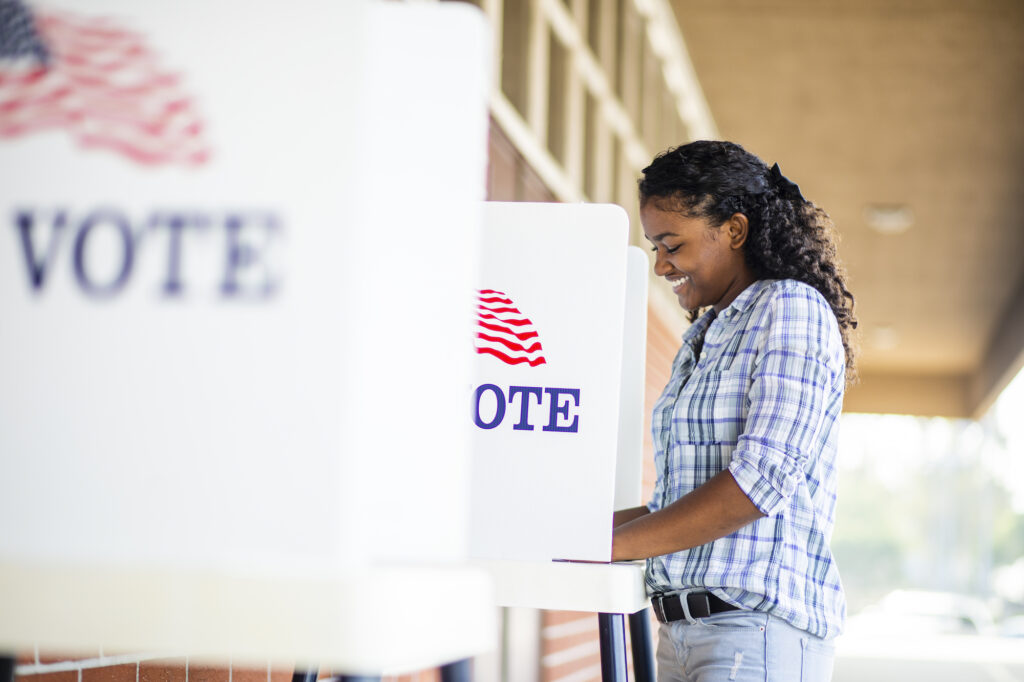 Pandemic and health issues are top of mind for the election, and changes to reproductive health funding are unpopular among MyVoice participants, according to new 2020 polling.

New analysis of a set of 2020 MyVoice polls finds that most youth are unaware of changes to federal policy regarding funding for reproductive health care at safety-net clinics, but that when made aware, most strongly oppose the change.

Using data from MyVoice, University of Michigan researchers compiled a new report and a research paper.

The voting poll asked nearly 1,000 youth across the United States what issues were most important to them in this election year. Youth were polled on this topic twice, once in February 2020 and again in September 2020.

Social justice issues come up most often, with 46% of youth reporting these issues as important in February, and 58% in September. The poll team groups a wide range of topics, from civil rights to criminal justice reform, in this category. And they note that many poll respondents in September mentioned the social justice issue raised by high-profile incidents and protests over the summer.

But healthcare was mentioned by about a third of the respondents in both polls. The first poll was taken just as COVID-19 was arriving in the United States. By the time the second poll was taken, the pandemic was in full swing and many respondents mentioned it as having bearing on their views regarding the election. The voting poll results were recently discussed in a Conversation editorial by MyVoice founder, Tammy Chang and Matthew Dunn.

A MyVoice team of family medicine faculty and staff, led by Justine Wu and Murphy Van Sparrentak, recently published a paper in the journal Contraception that details the findings from their poll regarding policy changes related to reproductive health that were instituted under the current presidential administration.

Those changes, made in March 2019, affect clinics that receive federal funding under Title X of the Public Health Service Act – including many that provide sexual and reproductive health care and counseling for young people and people with low incomes.

The changes barred such clinics from engaging in conversations with patients related to abortion or referrals to abortion services. By last December, nearly one in four clinics that had previously received Title X funding had withdrawn from the program rather than accept the new limitations.

The MyVoice team asked their panel of poll respondents between the ages of 14 and 24 about these changes in October of 2019. Of the 750 youth who responded, 75% were not aware of the changes, despite the widespread media coverage at the time the changes took effect. In general, 89% supported the general concept of federal funding for sexual and reproductive health services.

When the poll team explained in general terms what the Title X changes were, 79% of respondents said they did not support such changes, though the percentage was much higher among female, transgender and non-binary respondents than among male respondents. Fourteen percent of respondents supported the changes.

The researchers note that the issue of federal support for reproductive health care disproportionately affects young people, but that their voices are not often sought when health policy changes are being considered. They hope the new poll will inform future policy on this topic.