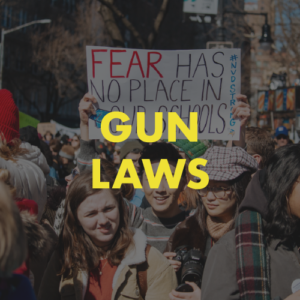 From BuzzFeed to the American Medical Association, folks are talking about MyVoicers’ thoughts and opinions on gun regulations. MyVoice recently published a research paper in the Journal of the American Medical Association – Pediatrics entitled “Youth Opinions About Guns and Gun Control in the United States.” The study finds that teens and young adults support gun regulation, but not necessarily the ban of all guns. “Like their adult counterparts, most youths are not asking to ban all guns or to repeal the Second Amendment,” said author Kendrin Sonneville, assistant professor at the U-M School of Public Health. “Rather, they support legislative action that they believe would make their country safer.” “If you look at the news, you might think that all youth are against guns,” said study co-author Tammy Chang. “That’s simply not the case.” The paper’s findings come from analysis of MyVoice data, with input from 772 participants. The paper found that:

“When you talk to a diverse group of youth, most are actually not against guns,” Sonneville said. “It’s not about the guns. It’s about their concerns about safety. Youth understand that bad people will get guns, but that much more comprehensive action needs to be taken to keep them safe.”